A DKK 8.2 million grant will make it possible, for the first time, for theologians and lawyers in the Nordic countries to compare existing literature in ecclesiastical and legal history. The project will study the influence of Protestantism on the secular Nordic conception of law, including how minority religions influence this conception - in the past and in the present 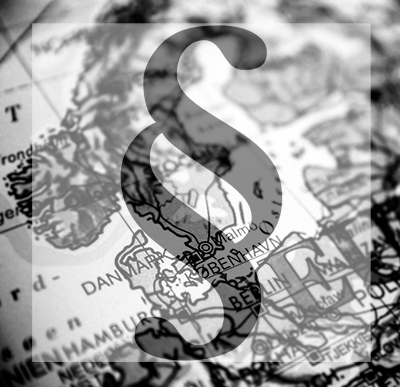 - The Nordic countries have been Lutheran by far the longest and by far the most covering compared to the rest of the world. To be precise, the Protestant Church has been predominant for 500 years. Nobody has, however conducted an overall study of how this might have influenced our conception of law. There is a gap in the literature in relation to the interaction between theology and the conception of law from the Reformation until today. It is therefore interesting to study which theological concepts have influenced the conception of law in Nordic secular society, says Professor Lisbet Christoffersen, project leader of the new international research project ProNoLa – Protestant Legacies in Nordic Law.

The project has received a grant of DKK 8.2 million from the European HERA programme (Humanities in the European Research Area). From September 2016 to August 2019 the grant will enable a large research team of 18 lawyers and theologians from Denmark, Norway, Sweden, Finland and Germany to study Protestantism’s significance for the development of the conception of law in the region.

Confirmation and the university law degree

The project has two aims: on the one hand, to compare 500 years of existing research literature in ecclesiastic and legal history; and, supplementary, to generate new basic research focusing not least on minorities’ impact on the conception of law in the Nordic countries. As an example, the Danish basic research project by post.doc. Kristian Mejrup will thus focus on the introduction of confirmation in 1736 – the 200th anniversary of the Reformation in Denmark. Around the same time, Denmark also introduced a university law degree. The same officials were behind both of these new departures – but were there deeper connections?

Throughout the project, the entire research team will draw comparisons between the Nordic countries and Germany, which historically and currently has been characterised by far greater religious pluralism and internal division.

- A large part of the project is about exploring the relationship between law and religion in the Nordic countries. We will continuously compare the Nordic Region with Germany, which may be the home of Lutheranism, but developed in a different direction, not least since World War II.  In terms of religion, the German state is neutral, but is characterised by elements of Protestantism, Catholicism and the Reformed Church, and also acknowledges the canonical law of the Roman Catholic Church. In the Nordic countries, post-Reformation, the church was subordinate to the king. Our thesis is that the perception of the king as lawmaker has had a particular significance for the development of a secular Nordic conception of law. We therefore want to study what links can be ascertained between the secularism that characterises the Nordic conceptions of law and Lutheranism, explains Christoffersen.

One of the big questions is how theological minority tendencies influence conceptions of law. A group of researchers, including postdocs, will look at different instances of this in history – from 1700s Nordic Pietism through the free-church movements to today’s religious minorities. It is interesting to see which aspects of Protestant theology have directly influenced the development of law, and which played a more indirect role. The starting point is therefore also actual Protestant theology in the legal system, rather than a theoretical approach to Luther’s theology. The big question is whether the post-Reformation concept of law needs to be revised in the light of the fact that we now live in a religiously pluralist society, says Lisbet Christoffersen.

Due to its topical relevance, a number of external partners have expressed interest in the project, including the relevant ministries and the majority churches in all five countries. These external partners will participate in discussion of both the research proposal and the project’s outcomes.

- Our ambition is to help outline a new shared history. Our focus is on the Nordic Region, but we expect that our results will also have significance for research in other countries in Europe,” says Christoffersen.

The project ProNoLa is part of the EU’s HERA Joint Research Programme “Uses of the Past”. It will be launched on Friday 2 September with a workshop in Copenhagen. This will be followed by three symposia and a major conference that will focus on historical factors that have affected the development of the conception of law – from the Reformation to modern pluralism.

In addition to several academic publications, the plan is to publish a number of more accessible “mini books” that present the project outcomes in the different national languages.

The research project will compare existing theology and legal history research in the light of Luther’s three fundamental concepts:

As part of the ProNoLa project, a group of researchers will analyse a number of points in history when theological minorities have influenced the conception of law: