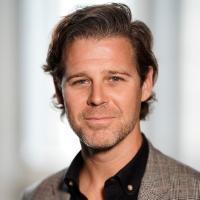 Matthew is Associate Professor of New Testament at the University of Copenhagen. He works on the cultural and material histories of ancient Christian communities from the first to fifth centuries, with specialization in archaeology, material culture, and carceral studies. Prior to Copenhagen, Matthew served as a faculty member at Yale University and Princeton University, where he was in the Princeton Society of Fellows. He is the author of Gospels before the Book (Oxford University Press, 2018), which won a Manfred Lautenschlaeger award, and an Italian translation of which is forthcoming (with Editrice Queriniana). His research is published in Hesperia, the Journal for the Study of Judaism, the Journal for the Study of the New Testament, the Journal of Early Christian Studies, Studies in Late Antiquity, and his scholarship has been featured in The Daily Beast, CHOICE, and Christian Century. He is currently completing two book manuscripts: a monograph on early Christians and incarceration and an interdisciplinary book overviewing the institution of incarceration in Mediterranean antiquity (co-authored with Mark Letteney).