Ambiguity and precision in the Quran 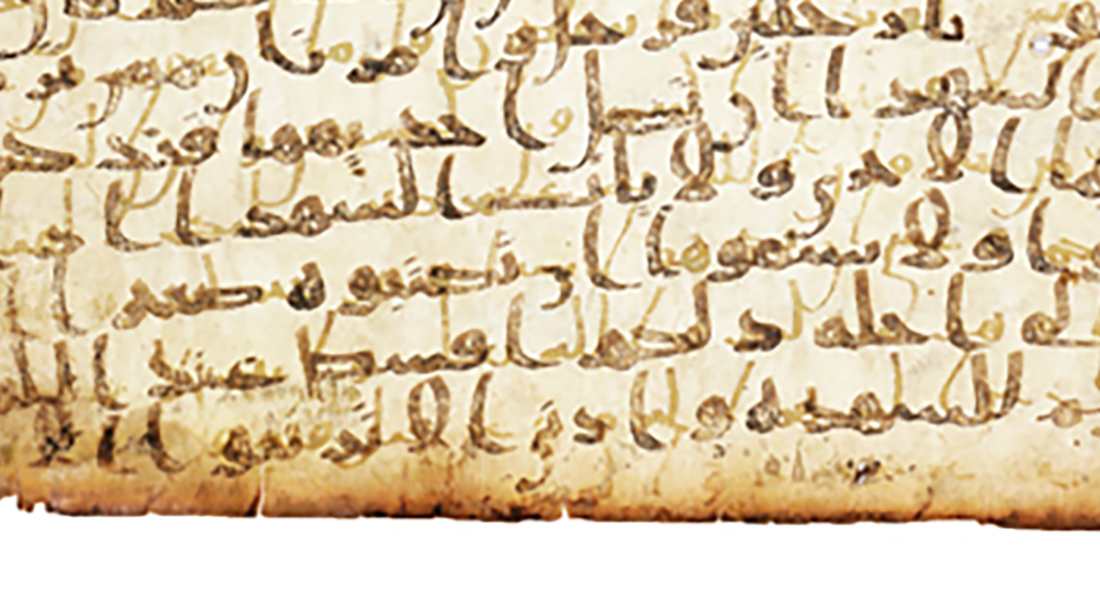 Ambiguity and Precision in the Qurʾān (the Koran) is a project that aims to investigate linguistic, rhetorical, and narrative markers of ambiguity and precision in the Qurʾān. These markers have long been neglected and misconstrued in qurʾānic studies, either as triggers of unfortunate confusion or as excessive binarism and generalization. Combining methods and theories from qurʾānic studies with an array of other relevant disciplines, we will turn the tables and instead identify and analyze how these two modes of qurʾānic language complement each other as felicitous rhetorical and social strategies.

The project is housed at the Biblical Studies Section, Faculty of Theology.

In public as well as academic discourses, the Qurʾān is often ascribed a contradictory status. On the one hand, it is stated that the Qurʾān is a difficult and bewildering text with no clear overall compositional principle. In its linguistic gestalt, it is said to lack clear deictic markers (i.e., who speaks to whom), it displays abrupt and enigmatic shifts of topic and grammatical voice (e.g. shifting from a divine first person ‘We’ to a third person ‘He’ within a single verse), and persists in elliptic formulations.

The text is minimalist in terms of references to time and place, offering no details of verisimilitude or plot developments. While being replete with Biblical stories and allusions it yields almost no authentic quotations from this kindred corpus. Finally, its lexical status constitutes a classical challenge: the Qurʾān abounds with words, idioms, puns, rhymes and stories that have been declared mysterious (i.e. the so-called ‘mysterious letters’), strange (gharīb) and ambiguous (mutashābihāt), something that is acknowledged and even highlighted in the Qurʾān itself (e.g. Q5:3) as well as the Islamic exegetical tradition.

This challenging linguistic status is further aggravated by the lack of sure information about the emergence and composition of the Qurʾān. Thus, in Qurʾānic research, the book has suffered the fate of being designated as a disordered, vague, and decontextualized text. On the other hand, the Qurʾān is also described as a text that excels in clear-cut antitheses, contrasts, symmetries and pairs, frequently expressed in extensive generalizations, for instance between this world and the next, between Paradise and Hell, between believers and disbelievers and so forth. This does not only appear in terms of themes and vocabulary, but even comes across in syntactical and grammatical forms (e.g. contrastive parallelisms and the use of the grammatical dual form).

Hence, the Qurʾān is all too easily characterized as the text of rigidity and intransigence par excellence, a text betraying an antithetical, black-and-white outlook, what Toshihiku Izutsu called the basic moral dichotomy of the Qurʾānic Weltanschauung. As such, the Qurʾān has been caught between ‘too much’ and ‘too little’ – between excessive clarity and judgmentality in terms of ‘us-and-them’ and scarce clarity in terms of referentiality, linguistic and narrative anchors, and intertextuality.

We aim to steer clear of this Schylla and Charybdis of stern qurʾānic dualism and perplexing disorder, of perceived excessiveness and scarcity. Instead, we want to demonstrate that the Qurʾān presents a much more subtle rhetoric that bypasses its seeming maximalist antithetical schemas quite inconspicuously and exploits ambiguity as a rhetorical strategy. In that respect, we adhere to the work of those qurʾānic scholars that have opposed the paradigm of an inept and unintelligible Qurʾān. Rather, attention is to be directed towards its intricate, yet intelligible, rhetorical, and narrative patterns and strategies – although this does not rule out occasional traces of ‘trial-and-error’ built into the text.

As to vagueness and seeming imprecision in the Qurʾān, various rhetorical forms or linguistic strategies are taken into use. One strategy is the recurrent use of special particles that indicate hesitation and uncertainty, especially the use of the ‘perhaps’ in the Qurʾān. Related to this is the grammatical subjunctive mood that is used – among other things – to indicate expectation, possibility, praying, and suggesting. Another strategy is the self-referential commentary that calls attention to ambiguity and reserve a term for it, as in Q3:7: “…Some of its [i.e. the Qurʾān] verses are definite in meaning – these are the mother of the Scripture – and others are ambiguous [wa-ʾukharu mutashābihātun])…” A third strategy concerns those Qurʾānic chapters that throughout their verses change position on specific ritual stipulations, such as length of prayer vigils (Q 73), usually ending up with some kind of lenient position (in casu of Q 73, the change from praying most of the night to pray as much as what one finds most convenient). Further strategies could be adduced as well.

In terms of theory and methodology, we find that modern literary studies’ work on ambiguity, from William Empson’s classical study Seven Types of Ambiguity to the deconstructionists’ work on ‘undeterminancy,’ ‘re-reading,’ and ‘misreading,’ provides an unexplored cache of exegetical approaches that need to be applied to the Qurʾānic material, albeit in due compliance with standard insights from Qurʾānic studies.

To be sure, academic Qurʾānic studies have touched upon the issue of ambiguity, but few studies have specifically dealt with the issue of certainty and ambiguity. Those few studies that do, have mainly been pursued in the interest of individual exegetes’ systems and reception histories, and belong mainly to the classical Islamic epochs and not the early formative stage of Islam.

It is only recently that Arabist Thomas Bauer, author of Die Kultur der Ambiguität: Eine andere Geschichte des Islams, has put forward a new bold synthesis and interpretation of ambiguity as a deliberate and felicitous cultural strategy in early and classical Islam. Even more recently Ahmad Shahab followed up upon this new appraisal of ambiguity with the posthumous oeuvre What is Islam? The Importance of Being Islamic.

Our project is directed towards the earliest formative phases of ‘qurʾānization’ and how language, rhetoric, and narrative play a crucial part in this process. As is often the case, biblical studies will be able to provide ample theoretical and methodological stimulus to our topic, not least those studies that have argued for the deliberate use of ambiguity. As to the Qurʾān as a text of sweeping generalizations and antithetical worldviews, our project aims to show how the text repeatedly and subtly subverts and modifies its initial self-assured and uncompromising stipulations.

PhD project: The Grammar of Ambiguity

The Grammar of Ambiguity

This part of the project will conduct a systematic identification, classification, and indexation of grammatical and lexical markers of ambiguity in the Qurʾān. Such a systematic investigation has not been pursued previously in the field of qurʾānic studies.

A systematic catalogue of grammatical and lexical ambiguities will contribute to qurʾānic studies with a long needed and basic overview of ambiguities.

Postdoc Project: Dispensation and exception in the Qurʾān

‘God charges no soul save to its capacity’ (Q2:286): The notion of dispensation and exception in the Qurʾān. The Qurʾān is known as a text that contains numerous exhortations and prohibitions. In particular, the later legislative material provides apparently strict rules and punitive sanctions, such as regarding ritual cleansing (Q5:6) and fasting (Q2:183-87). However, the text also presents the possibility of being exempted from many of these rules. For example, in verse Q4:148, the Qurʾān allows otherwise unacceptable behaviour if the believers have been victims of oppression. The project will examine the principle of dispensation in the Qurʾān, which seems to be, if not unique, articulated in a new manner compared to previous religions.

The Qurʾānic dispensations have never been systematically studied and the project aims to fill this vacuum in the fields of Qurʾānic studies and the Study of Religion. The Qurʾān explicitly articulates its various dispensations, indicating that the text has a distinct self-reflective or ‘self-referential’ nature.

The two overall aims of the project are therefore:

The project is funded by The Independent Research Fund Denmark with a DFF Research Project Grant. The project was launched 1st of October 2017 and runs till primo 2020.