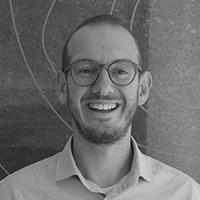 Paolo Astorri is a Postdoctoral Researcher in Legal History at the Centre for Privacy Studies. He earned his Ph.D. in Law from the KU Leuven, and also holds an M.A. in Law from the University of Macerata, and a J.C.L. in Canon Law from the Pontifical Lateran University. Astorri was a member of the Junior Research Group of the LOEWE Research Focus 'Extrajudicial and Judicial Conflict Resolution' at the Max-Planck-Institut für europäische Rechtsgeschichte in Frankfurt am Main (2013-2014), and a visiting researcher at the Bodleian Library at the University of Oxford (summer 2012), and the Johannes a Lasco Bibliothek in Emden (spring 2019). His book Lutheran Theology and Contract Law in Early Modern Germany (ca. 1520-1720), published in Brill’s new series Law and Religion in the Early Modern Period, won the RefoRc book award in 2020.