The design based practices and disciplines are deeply and necessarily informed by the theoretical and physical productions which already occurred. This influence of the past is, especially for the physical production, in most of the cases unconscious and unavoidable. For this reason, the work of architecture is always an archeology, similar to an interrogation on the shadow that the work on the present casts on the past.

This is the premise which triggered the workshop “Form-of-life - Privacy in the layman’s studiolo” at SuperFormLab, followed by the first year students at the master programs Spatial Design and Ceramic Design at the Institute of Architecture and Design. The workshop meant to build a dialogue with the Royal Danish Academy of Sciences and Letter’s (Videnskabernes Selskab) 19th century building in Copenhagen during the 3 days conference “Early Modern Privacy: Notions, Spaces, Implications” (9-11 April 2019), organised by the Centre for Privacy Studies (PRIVACY).

The interest in privacy comes from the focus of the ongoing research project held at the University of Copenhagen and KADK within the Centre for Privacy Studies, funded by the Danish National Research Foundation, where a group of scholars on history of architecture, ideas, law and theology are investigating notions of privacy in an early modern historical perspective and within different contexts.

The workshop focused on the design and production of a series of ceramic, plaster, concrete, textile and glass elements, able to interpret the privacy (as a threat or as an opportunity) appeared in a historical odd happening, namely the grafting of a traditional icon into a brand-new setting: the iconographic formula of “Saint Jerome sitting in his Studiolo” during the XV century.

The reference sources used are paintings by Lucas Cranach the Elder, Antonello da Messina, Matteo di Giovanni da Siena, Albrecht Dürer and Hendrick Van Steenwijck the Younger, which gave birth to the seven installations, in the form of 1:2 studiolos. These installations produced a contemporary interpretation of an archeological research on privacy, investigating the significance of the IV century Church Father’s setting (Jerome) within a XV century architectural invention (the studiolo).

The exhibition invites the public to reflect on the contemporary notion of privacy through the material interpretation of its very first inception within a series of historical iconographies.

The workshop has been coordinated by:

Fabio Gigone (PhD in History of Architecture at PRIVACY)

and with the contribution of:

Bastian Vaucanson (PhD in Church History at PRIVACY) and Fredrik Torisson (Post-Doc in History of Architecture at PRIVACY).

The authors of the installations are:

Title: The Long Way Around 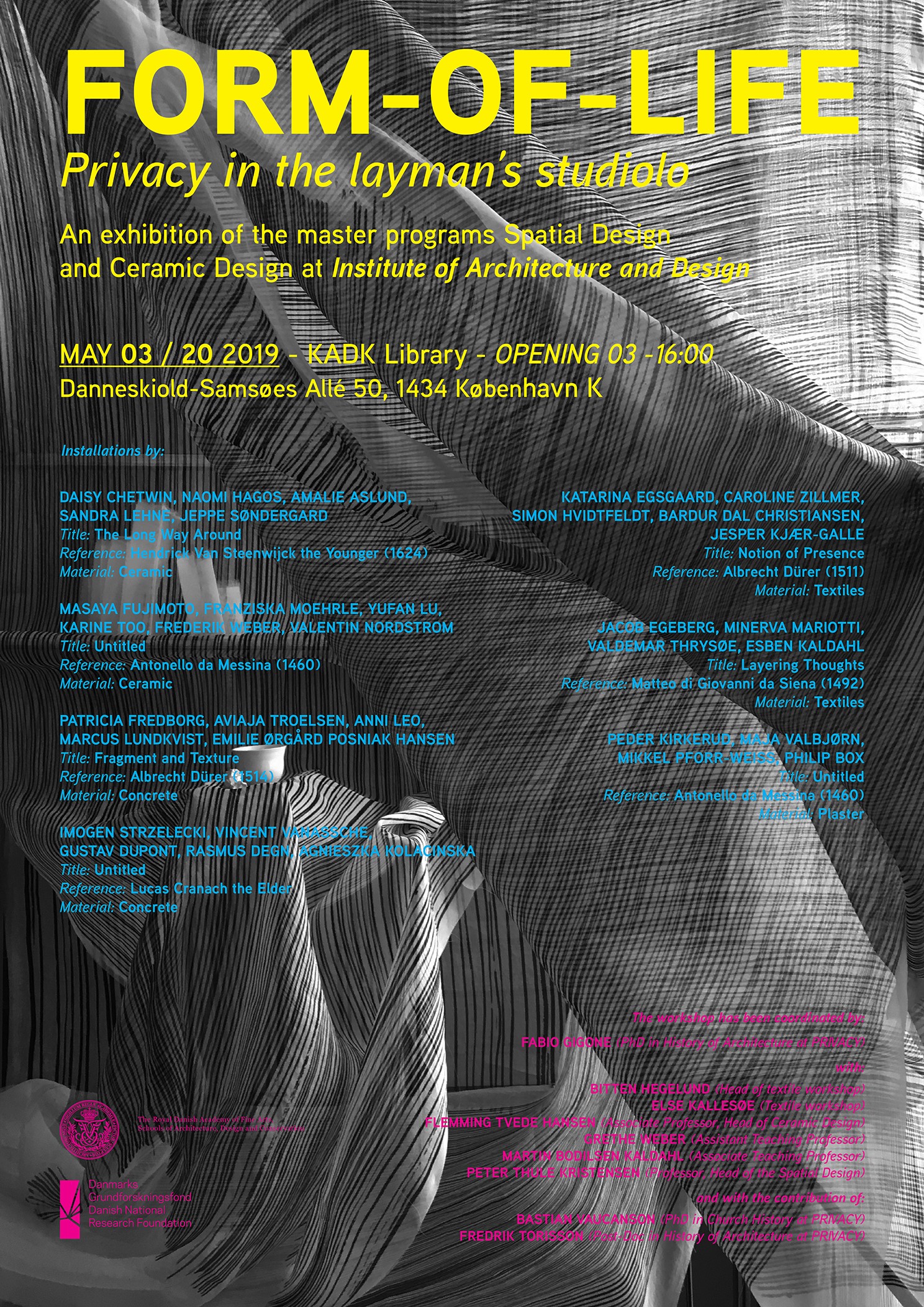