Privacy Core Scholar Helle Vogt has just published a new book about the Code of Jutland, the time in which it was written, its content, history and the use of the law until this very day.
Parts of the book examines the household, and thus the private sphere. The reader is introduced to the family and the household of the Middle Ages, which was led by the husband, who, in his own home, could dispose of all the values in the household and was allowed to discipline his wife, children, servants and slaves at his will. In the book you can read about heritage, marriage and the relationship between the genders. It is clear to the reader that there was not much privacy for common people.

The book  "Jyske Lov 1241" is part of the serial 100 danmarkshistorier published by Aarhus Universitetsforlag. 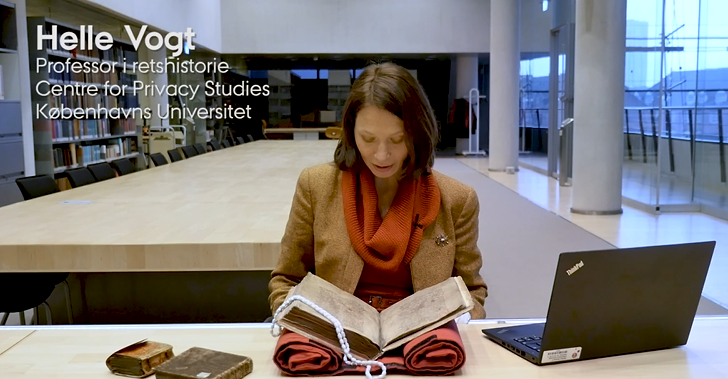 In this film, Helle Vogt, Privacy Core Scholar and Professor of Legal History at the University of Copenhagen, talks about her new book Code of Jutland and the creation and importance of the law.
The film is in Danish