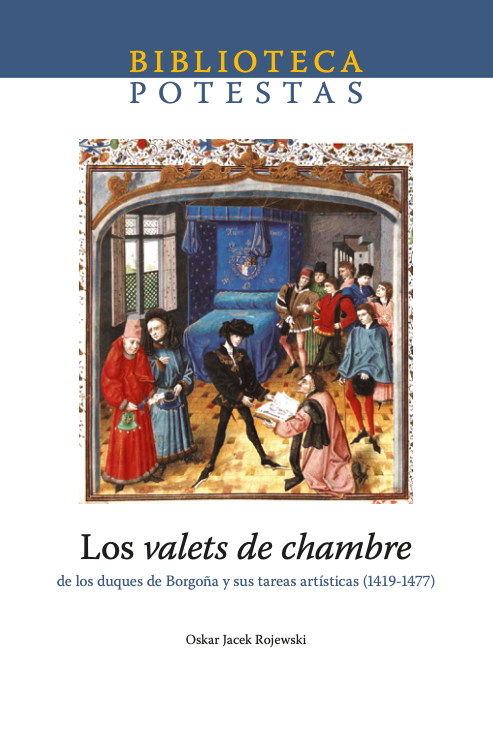 Abstract in English is available here:

This book analyzes the household and festivities of the Burgundian State during the duchy of Philippe the Good and Charles the Bold, with particular emphasis on servants in the position of valets de chambre. The hypothesis endorsed that at the court of Burgundian dukes, the social group of valets de chambre realized artistic tasks, including the relevant role for court festivities organization and their impact on the construction of the sovereigns' image power.

To explain the role of valets de chambre at the Burgundian court, this study applies four different research methods: the hermeneutic analysis of secondary and primary sources, the prosopographical study, iconography, and iconology. Those methods show exceptional servants' social status, professions, and privileges, including access to the ducal chamber.

The valet de chamber charge seemed to be a particular example of a task requiring manual professional skill, precise social condition and personal qualities. The Burgundian organization of court structure, appropriate for the humanistic culture, indicates a significant evolution of the role of the court artist that was a referee for the Early Modern European courts.