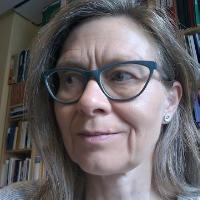 Currently, I share my research time between several research and book projects.

1. Paul’s Anthropology – reconsidered in the light of ancient philosophy and medical science

Albeit informed by the focus on ethnicity, which has characterized the New Perspective on Paul since the 1970-ties, and the emphasis on genealogy, which is a key element in recent two-covenant readings of Paul’s letters, my project takes issue with both these traditions. I insist that we have to reconsider the anthropology that with Krister Stendahl’s publication of his seminal article from 1963, ‘Paul and the introspective consciousness of the West’ has been sidetracked in Pauline studies. With Stendahl’s essay, it became a scholarly common place that Paul did not engage in any discourse on anthropology and definitely did not have a concept of original sin. According to Elizabeth A. Clark, no theologian ‘tightly tied the notion of original sin to a biological process. This task was left to Augustine …’ (2001, 18; emphasis added). However, I argue that we find a well-considered conception of original sin already in Philo’s De Opificio Mundi. Philo’s combination of biblical exegesis (Genesis), medical science (Galen and Soranus) and Greco-Roman philosophy (the so-called cradle argument) results in a causative link between the act of generation, pleasure as the primary driver, and the vicious state of humanity – in other words: the idea of original sin. In my exegesis of key texts from Paul’s letters, I demonstrate how Paul’s anthropology must be understood against this backdrop. The project will materialize in a monograph on Paul’s anthropology.

2. Reception of the Bible in art and culture

The Centre for the Study of the Reception of the Bible, which I chair, has taken the initiative to the next publication in the series published by the Section of Biblical Exegesis: Forum for Bibelsk Eksegese. The volume Bibelen og Reformationen, which I co-edit with my colleague professor Mogens Müller and board member postdoc Mette Bundvad, is the contribution of the Section to the celebration of the Reformation jubilee at the faculty. Apart from editing, I will contribute to the volume with a chapter that interpret Cranach’s painting of Christ’s blessing of the children which can be seen at Statens Museum for Kunst. See: http://www.smk.dk/udforsk-kunsten/soeg-i-smk/#/detail/KMS2087. Traditionally, the painting has been interpreted dogmatically in terms of Luther’s focus on Baptism as the sacrament that mirrored his strong emphasis on salvation by Christ alone. Yet, I take the interpretation of the image in a different direction and focus on Luther’s rejection of the monastic tradition and the ascetic life as the ultimate and best way to fight the desire which was installed in every naturally conceived body because of the original sin. Instead, the family now becomes the place where the – still: sinful – desire is to be managed and brought under control. Whereas this change opened up a new position for women as managers of the household, it also deprived women, who did not (want to) marry, of a place to unfold their desire for devotion or knowledge.

The board has also taken the initiative to a Reader in reception history in Danish, which has been accepted for printed publication by the Copenhagen publisher Eksistensen Akademisk. I co-edit the book with Mette Bundvad. The Reader is intended as both an introduction to the theories involved in the study of reception history and as a source of inspiration for students at the Faculties of Theology and Humanities, who are interested in working with the reception of the Bible. The book will be out in 2018. Apart from the editing, I will contribute to the volume with a chapter on ethnographic exegesis and a case study: ‘Tekstens materialisering. Paulus’ forbud mod kvinders tale i forsamlinger (1 Kor 14,34-36). Et besøg i inkvisitionens torturkammer’ (The Materialization of Biblical Texts. Paul’s Prohibition on Women’s Speech in the Churches. A Visit in the Inquisition’s Torture Chamber). My contribution is inspired by a visit at the Inquisitionand Torture Museum in Cordoba during the European Association of Biblical Studies conference in 2015. I was shocked to see the instruments developed to destruct the upper and lower mouth of the female body and even more to recognize that these molestations were undertaken with a reference to Paul’s first letter to the Corinthians: “The women are to keep silent in the churches; for they are not permitted to speak, but are to subject themselves, just as the Law also says” (14:34).

Since 2013, I have – together with my colleague Professor MSO in practical theology Marlene Ringgaard Lorensen – been engaged in fieldwork and ethnographical studies. The aim of this discipline, which we have coined ethnographic exegesis and ecclesiology is to learn about the hermeneutical strategies and the theology making that take place in various groups’ pre-critical engagement with the Bible and the Christian tradition. In turn, this approach may demonstrate the biases, the blind angles and the contextuallity of the academic tradition. In 2014, we followed a group of asylum seekers who had begun to attend a church in the centre of Copenhagen. We are presently engaged in a follow-up study with new interviews with this group of now converted, but, respectively, accepted and rejected refugees. The findings of this second study will be presented this summer at two conferences: in a keynote lecture at the annual conference in the British Association of Practical Theologians (BIAPT, London) and in a paper presentation in the research group Europe Contested: Contemporary Bible Readings performed by ‘ordinary’ readers in a European context at the annual meeting in the European Association of Biblical Scholars (EABS, Berlin).